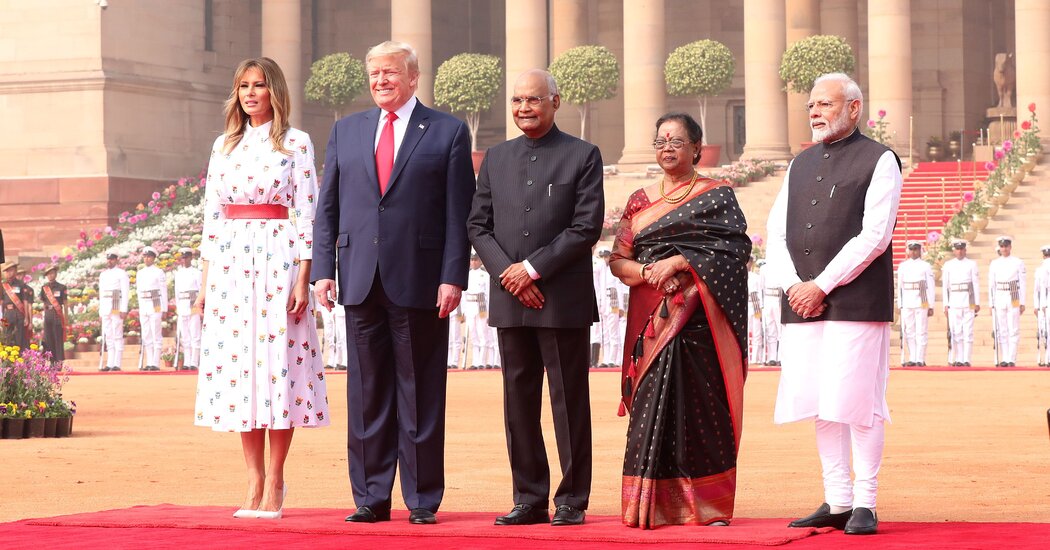 Indian leaders’ admiration for the Soviet Union, their refusal to condemn its invasions of Hungary (1956), Czechoslovakia (1968) and Afghanistan (1979), and its reliance on Soviet arms made for a Cold War relationship between India and the United States that was correct at best and, not infrequently, downright hostile. The low point was undoubtedly 1971, when, in response to the Pakistani Army’s assault on East Pakistan (now Bangladesh) and Chinese and American support for Pakistan, Prime Minister Indira Gandhi signed a friendship treaty with the Soviet Union. As a gesture of support for Pakistan, Richard Nixon dispatched the aircraft carrier Enterprise to the Bay of Bengal. Anti-Americanism in India soared.

Nixon, who loathed Mrs. Gandhi, often referring to her in words unprintable here, backed Pakistan, which had been a steadfast ally during the Cold War and, in 1971, was helping to arrange Henry Kissinger’s secret and transformative trip to Beijing. It didn’t matter that Pakistani troops were committing rape, mass killings and pillage in East Pakistan, forcing three million Bengalis to flee to India. India’s defeat of Pakistan, which culminated in East Pakistan’s independence, confirmed Nixon and Kissinger’s conviction that India had used the occasion to achieve its longstanding goal of truncating Pakistan.

Among the many virtues of Ahamed’s book is its skillful blending of the impersonal forces — ideology and nationalism among them — that shaped the India-United States relationship and the role, for good and ill, of individual leaders. She provides many vivid examples of just how much personalities mattered. Eisenhower, for whom Ahamed’s admiration is evident, was a calm, sagacious figure who could see past Dulles’s anti-Indian stereotypes. Nehru and John Kennedy, both patricians, met in 1961 and quickly warmed to each other. Their rapport eased the way for American arms shipments to India during its disastrous 1962 war with China. Jackie Kennedy added her own personal touch, charming Nehru (Ahamed’s book contains a photograph of the two, walking arm in arm across the White House lawn in 1961) and captivating India during a 1962 visit. A series of able, sympathetic American ambassadors, notably Chester Bowles and John Kenneth Galbraith, adroitly navigated the often turbulent diplomatic waters and became beloved figures in India because of the genuine affection they had for it.

By contrast, Nehru’s reflexively anti-American defense minister, Krishna Menon, seemed to make it his mission to alienate American leaders with his hectoring, arrogance and prickliness. Mrs. Gandhi, aloof, quick to take offense, slow to forgive slights, and thus remarkably similar to Nixon, aggravated his insecurities, and stoked his rage. (Another photograph in Ahamed’s book captures their mutual disdain.) George W. Bush admired India’s democracy and probably did more to forge today’s India-United States strategic partnership than any other president. A particularly significant achievement was the 2008 agreement on civilian nuclear cooperation, which cleared the path for India to purchase American nuclear fuel and technology. Because India had not only steadfastly refused to sign the Nuclear Nonproliferation Treaty but had also become a nuclear-armed state, many barriers had to be overcome to clinch the deal, and Ahamed’s explanation of the intricacies is masterly. So is her explication of Prime Minister Narasimha Rao’s 1991-96 economic reforms, which unshackled India’s regulation-bound economy, boosted growth rates and laid the foundation for increased trade with, and investment from, the United States.