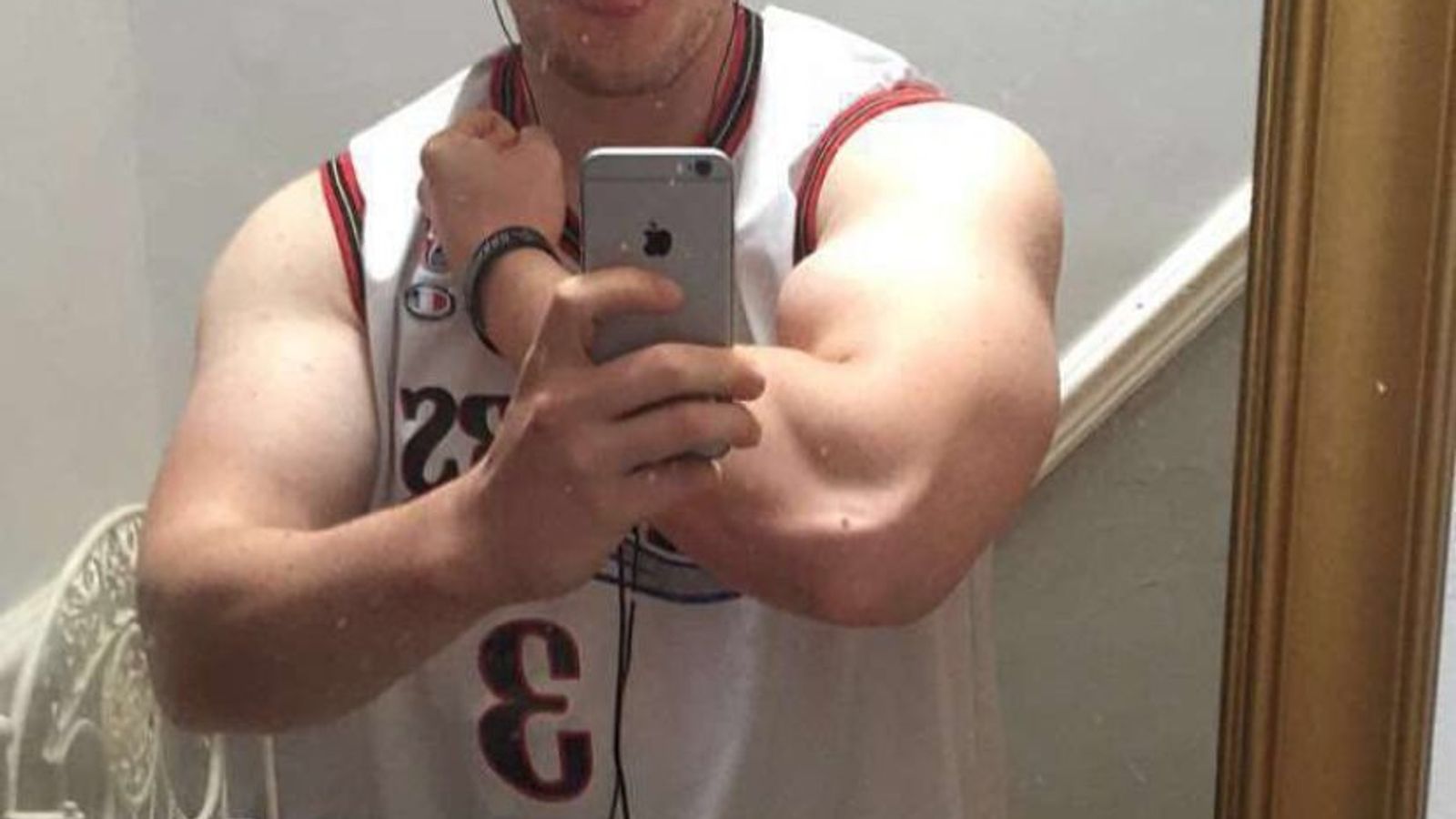 A third of young British men say they need to change their appearance because of the “picture perfect culture” on social media.

A survey of more than 2,000 people by health and fitness company Origym also found that it was affecting the mental health of one in 10 of them.

Psychologist Rob Willson from the Body Dysmorphic Foundation said: “There’s lots of pressure from social media to try to conform to certain stereotypes of an idealised beauty and particularly in men.

“This is a real challenge because we’re a bit less used to it than women are, we’re more recently exposed to these kinds of pressures and regretfully women have been exposed for a lot longer but also there’s very little movement at the moment against pressure on men.”

He gained weight after breaking his back playing rugby.

His condition means that he thinks he’s less muscular than he actually is.

Mr Mycock, who runs MyoMinds to raise awareness of the issues, told Sky News that social media has become the “devil” in these situations.

‘Engrossed in an echo chamber’

“That pursuit came from there and that’s when I took on disordered eating, exercise addiction, training ‘x’ amount of times, being incredibly restrictive how I ate. Eventually it led to suicidal behaviours, suicidal ideations, it led down this dark path.”

The report found that more than 40% of men want to build muscle and one in 10 want steroids.

Cosmetic surgeon Dr John Skevofilax told Sky News that some men are abusing steroids which can cause breast growth. As a result, he’s performing hundreds of breast reductions on men every year.

“If you take a look at what’s playing right now, what is it? Love Island right now,” said Dr Skevofilax.

“If you turn it on, every guy on there has a six pack, his chest is out to here, pecs and everything are blowing out of their shirts, so guys are seeing this and they want to emulate their heroes just like in the eighties when it was Sylvester Stallone and Arnold Schwarzenegger.”

Whenever I’m flying with someone who is a relaxed traveller – someone who arrives just before check-in closes, then has...

British businesses are scrambling to sever economic ties with China in the wake of increased political and security tensions between...

The UK’s latest wave of Covid appears to have passed its peak, with infections falling by more than half a...

Sir Christopher Meyer, the former UK ambassador to Washington and press secretary to John Major, has died at the age...

As the sun beat down on her back garden in Dagenham, east London, the smell of smoke filled the air....

The UK is facing the prospect of a drought being declared in August, experts have said, warning of potential crop...